WOW or WOMEN OF WHITEFISH 2016 - This was the 12th year of our once a year event where both the 9-hole and 18-hole ladies leagues play together. WOW was started in 2004 as a way to gain friendship and camaraderie between both leagues.

Our pre-game competition began with putting, and of course driving the HUGE marshmallow! Which was won by Linda Randall.

Sherrie Adam (18-Hole League) and Sue Loechler (9-Hole League) each won a membership to the league for the 2017 season.

Our dinner at Bogey's at Whitefish was excellent - thanks to our Chef Doug and his team. 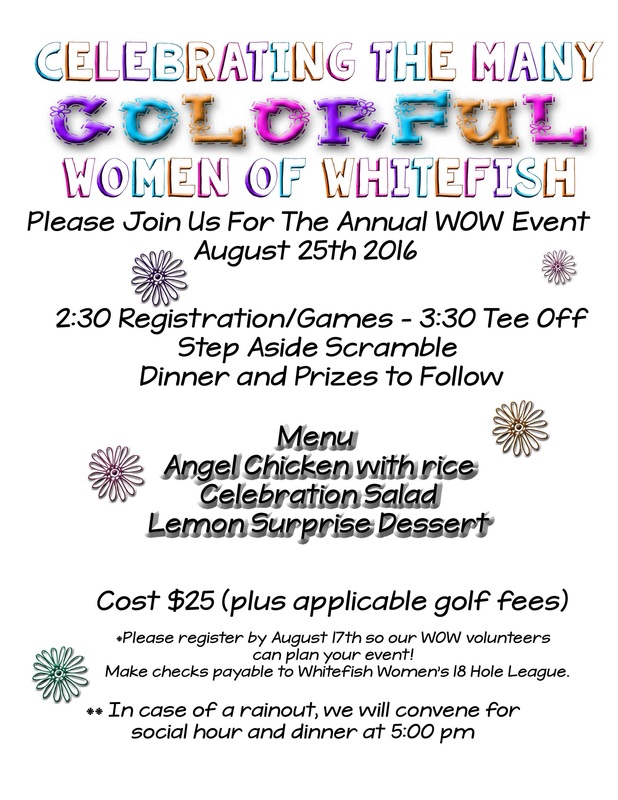